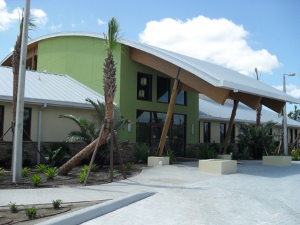 Cancer is the second leading cause of death in the United States. JEANETTE BILLINGS Staff Writer billings@lbknews.com One the greatest tragedies of life can be the diagnosis of cancer for you or someone you love. There is a place that offers hope for those who feel stranded and alone in this personal and epic life […]

SARASOTA, FL – An international research consortium led by Trinity College Dublin (Ireland) today announced the selection for funding of a large-scale European clinical trial of Nilvadipine, an Alzheimer’s disease drug developed at the Roskamp Institute in Sarasota. More than 500 Alzheimer’s patients will participate in the multicenter Phase III clinical trial designed to study […]

By Mic Huber Herald-Tribune It is called a wild card tournament and last year Bradenton’s Tammy Hendler used the event at The Oaks Club in Osprey as a start to a wild ride that did not end until she had reached the semifinals of a $25,000 USTA women’s pro circuit tournament. Hendler, who will be […]

SARASOTA, FL — Women amateur golfers from around the state are converging at the Oaks Club this week to vie for the State Amateur Championship title. Thirty-eight women teed off Monday in a stroke play round to compete for thirty-two spots. Today’s final eight have all advanced in match play rounds earlier in this week. […]